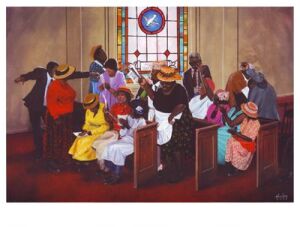 Sister Shirley Ann (Anderson) Caldwell was born September 24, 1954, to the late James Willie Caldwell and Maggie Mae (Osby) Caldwell in Batesville, MS. She departed this life Saturday, October 30, 2021.  Shirley Caldwell professed Christ at an early age and joined the Israelite Missionary Baptist church in 1965. She severed as a president of the usher board, was over the Women’s Day Program, over the junior choir, secretary of the church, and was a faithful member of the church. Shirley Caldwell's greatest love was God, family, and going to church. She shared a very deep and loving compassion for her daughter, grandchildren, and family as well as for her church family. She also loved making flowers/decorative displays, cooking, and caring for her grandchildren. She had been employed by Benton Harbor Area Public Schools where she drove the bus 30 years before her health failed her.

To send flowers to the family or plant a tree in memory of Shirley Ann Caldwell, please visit our floral store.