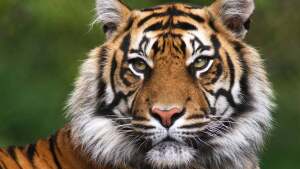 Roger Venell Henry II was born into time on Saturday, March 17, 1972, to the proud parents of Roger and the late Nadine Henry at Mercy Hospital in Benton Harbor, Michigan.

Under the leadership of the late Rev. Emery Mack Varrie I, Roger gave his life to Christ at the Pilgrim Rest Missionary Baptist Church.

At the age of 16, he was employed with Benton Harbor Chicken Coop where he worked his way up the ladder by becoming Assistant Manager.  After working many years at Chicken Coop he decided to try a different field and went to work at Medic 1 - Wheelchair Express. He later became employed with JVIS Manufacturing and remained there until his untimely death.

In his spare time, he enjoyed cooking, being the life of every party, and being a great father to his Sensational Six.  He also enjoyed spending time with his grandchildren, being a comedian, and being the best brother, he could possibly be to his siblings.

To send flowers to the family or plant a tree in memory of Roger Venell Henry II, please visit our floral store.