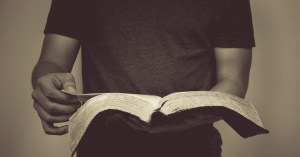 Oh Lord, I'm striving', trying' to make it through this barren land, but as I go from day to day, I can hear my Savior say, "trust me child, come on and hold my hand."   The esteem life of our beloved husband, father, grandfather, and brother-Pastor Joe Nathan Bruins was born September 14, 1946, in Joiner, AR, to the union of the late Johnnie and Lucinda Bruins and was raised in Clarksdale, AR. Joe received his formal education at J.S. Phelix High School in Marion, AR, Class of 1966. Joe relocated to Benton Harbor, Michigan in 1966. In August of 1993, Joe retired after 25 years of service from Allied Signal (Bosch).

He who finds a wife finds a good thing and receives favor from God. Proverbs 18:22. Joe found his good thing on July 4, 1968, when he met the love of his life, Mable Ricks.  Joe and Mable united in Holy matrimony on December 6, 1969. As the proud parents of three children and dedicated foster parents, Joe and Mable shared 52 years of beautiful love.

Joe confessed his faith in our Lord and Savior Jesus Christ at an early age. July of 1966, during a revival service Joe united in Christian fellowship with Israelite Missionary Baptist Church under the pastoral leadership of the late Rev. John L. McAfee.   Over the course of his Christian journey, Pastor Bruins served in many capacities but was most notable for his dedication as a Deacon.  In February 1985, Joe accepted his calling into the ministry.  He preached his first sermon, The Situation is Looking Bad, in March 1985. On March 28, 1986, Joe was elected as pastor of the Israelite Missionary Baptist Church and was officially installed as pastor on the 4th Sunday of May of 1986.  Israelite Church family has made countless accomplishments under Pastor Bruins leadership.  Under his leadership, he established many ministries and auxiliaries within the church including the annual food and clothing giveaway for those in need.  Pastor Bruins ministry have changed many lives through his anointed sermons.  Sermons such as: Knowing What to Do When You Don’t Know What to Do, It’s Just in Me, Time Brings About a Change, The Situation is Looking Bad, When You Could You Wouldn’t Now You Want to But You Can’t, and God is Able; to name a few, will forever ring in the hearts of those he touched through his ministry and remind us all that we serve a great God who can do anything but fail. Not only was Pastor Bruins an anointed preacher, but he also was a great musician and notable singer. Pastor Bruins was known for his powerful rendition of Rough Side of the Mountain, which he often sang with the Mass Choir and Male Chorus. “We Come This Far By Faith” Pastor Bruins dearly loved the members of Israelite and God’s people.  He looked forward to church functions, especially the annual men’s fishing, and hunting trips, so he could bond with the men of the church. He attended Twin City Bible Institute and was very active in the community serving as a Chaplin for the local hospital, a member of the Southwest Michigan Ministerial Alliance, Prison Ministry, and faithfully attended the National Baptist Congress of Christian Education, serving as the Moderator for the Southwest Michigan District.

Pastor Bruins cherished his time with his family.  As an avid sports fan, he often attended sporting events with his family, friends, and church members. This old race is now over, there's no more race to run.  For he is now standing before God's throne, all of his heartaches are gone, Joe heard his Savior say, "Welcome Home" on Thursday, May 5, 2022, surrounded by his family.

To send flowers to the family or plant a tree in memory of Pastor Joe Nathan Bruins, please visit our floral store.