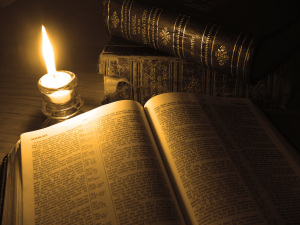 Elizabeth Lizzymae Mitchell lovingly known as “Liz” was peacefully called home to be with her Lord and Savior Jesus Christ on Tuesday, September 13, 2022, in St Joseph MI.  Liz was a God-fearing woman, a beloved mother, and sister, and a cherished grandmother, great grandmother, and great-great-grandmother.

Liz was born to Lela Short and Robert Jones on November 11, 1938, in Utica, Mississippi. Liz was raised in Ponchatoula, LA where she received her education and accepted Christ at Frist True Love Baptist Church under the leadership of Pastor Ernest Carter. She enjoyed cooking and spent years working as a cook in the school system as well as in restaurants. Liz also found enjoyment and expressed her creativity through sewing. She liked challenging her mind by working through puzzle books, now “Ice-Cream” had to be at the top of her list of favorites especially while watching movies! She enjoyed taking family photos and making family videos, just so she could view her family repeatedly. Liz would mostly start her day off by listening to her gospel music, reading her bible, taking notes, and talking to the Lord.

If Liz were in the room, you would know it!  She liked to see the brighter side of things which often resulted in her telling jokes because she enjoyed making others laugh. She was known for her exclusive laugh, her contagious smile, and her entertaining sense of humor. However, more than anything, she was known for her devoted walk with Christ. Throughout her life, she carried a stern yet sweet demeanor that won the hearts of many, even until her last breath. Liz was a faithful woman who loved the Lord, her family, her church, and her community.

To send flowers to the family or plant a tree in memory of Mother Elizabeth Mae (Jones) Mitchell, please visit our floral store.

A Memorial Tree was planted for Mother Elizabeth