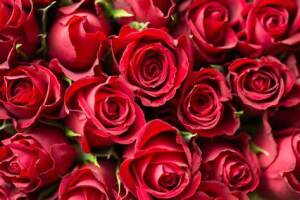 Trust in the LORD with all thine heart; and lean not unto thine own understanding. In all thy ways acknowledge him and he shall direct thy paths.
Proverbs 3:5-6

Lucille (Peals) Harris, 74, formerly of Benton Harbor went home to be with the Lord on Tuesday, September 14, 2021, in Indianapolis at Community North Hospital. She was surrounded by her loved ones.

Lucille was born April 27, 1947, in Chicago to Lee and Augustine Peals. Her family moved to Benton Harbor in 1956 where she attended Benton Harbor High School.

Prior to her career at Bosch, where she worked until she retired, she was employed at Michigan Bell in Benton Harbor and later Memorial Hospital in St. Joseph. She later relocated to Indianapolis. Because of her heart for children, she began working with youth at the YMCA.

At a young age, Lucille dedicated her life to Christ and remained a faithful servant until the Lord called her home. Before moving to Indianapolis, she was a long-time member of Word of Truth Deliverance Ministries in Benton Harbor where she served under Bishop James Hightower. While there, she was an active member of the church and functioned as president of the usher board. She was an avid prayer warrior and worshipper, who also made every effort to bring others to church with her.

Lucille was a devoted mother and grandmother, who loved spending time with her family. While living in Indianapolis, she dedicated her time to taking care of her great-grandchildren while her granddaughter and grandson took care of her!

Lucille was feisty, fierce, and fun. She loved to laugh and stay on the go. Some of her best-loved activities included: roller skating, dancing, shopping, traveling, and socializing with friends. Much like the meaning of her favorite color red, she was full of life, vigor, courage, love, and religious fervor.

To her childhood buddies and relatives, she was affectionately known as “Jeanie.” To others, she was called “Lucy.” After she was blessed with grandchildren, she became known to most everyone as “Granny.”

To send flowers to the family or plant a tree in memory of Lucille (Peals) Harris, please visit our floral store.