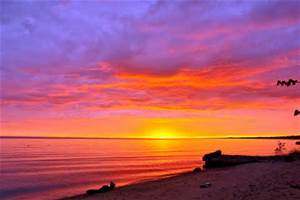 Joseph (Big Joe) Corhn was born in Earle, Arkansas on January 25, 1945, to the late Tommie and Flossie (Ficklen) Corhn. He gained his wings on May 4, 2022, peacefully at home in Richmond, Texas. He was 77 years young.

Growing up, Joe was a well-known and loved resident of Benton Harbor, Michigan. He attended Benton Harbor High School and later went on to trade school before moving to Chicago, Illinois. Aside from residing in Chicago, he also lived in Cleveland, Ohio before returning to his permanent residence in Benton Harbor, MI.

Joseph was united in Holy Matrimony to Mildred (Delaney) Corhn and to this union 4 children were born: Joseph (Lil Joe), Dennis, Brian, and Geraldine Corhn. While living in Cleveland, Joe had the joy of welcoming another son, Lamont Thompson, born to him and Christina (Thompson) Sloan.

In 1977, Joe Corhn met and united in love and marriage with his wife Brucella Corhn. Together they raised 3 children: Latasha Taylor, James Taylor and Kenadee Corhn.

After moving back to Benton Harbor, Joseph worked for Michigan Standard Alloys until the company permanently closed in 1979. In May 1983, he began working for United Container Company in St Joseph, MI where he drove semi-trucks for 28 years until his retirement on July 1, 2011. After retirement, Joe and his wife, Brucella decided to relocate to Richmond, TX where he lived until he was called to Glory.

Joseph had a heart of gold. He never met a stranger. Everyone he met, he always had a word for them. A 30 minute trip to the grocery store usually turned into over an hour because he never failed to run into someone he knew.

To send flowers to the family or plant a tree in memory of Joseph Corhn, please visit our floral store.

A Memorial Tree was planted for Joseph