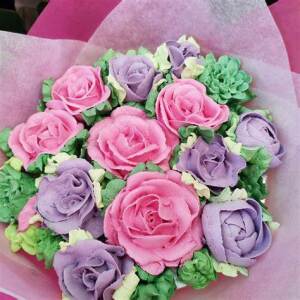 Bobby Ann (Burgess) Sanders was born on April 3, 1953, in New Zion, South Carolina to Mother Annie Jane Burgess. She was raised in South Carolina by her grandmother Mamie Burgess.

Bobby was a young adult when she and her young son Carl Burgess moved to Sodus, Michigan, to live with her mother.  While in Michigan Bobby met the love of her life, Vergil Lee Sanders, Sr.  They later got married and bought their first home in Sodus, Michigan where she raised their family.

Bobby worked in the 1980s at the Flea Market in Fair Plain Plaza.  Bobby then moved on to work at Fair Plain East Elementary School as a teacher aide for several years. She was also a home health caregiver for the elderly.  Her last place of employment was at Walmart in Benton Harbor.

Bobby was a loving wife, mother, and grandmother.  Bobby was a woman of God and a kind spirit who loved flowers, fishing, growing a garden, dancing, and also bringing joy into people’s lives of the people she met.

The sun set on Bobby on April 20, 2022, at Lakeland Hospital.  Bobby was preceded in death by her husband Vergil Lee Sanders Sr, her mother Ann (Burgess) Minor, and sister Mary Pritchard.

To send flowers to the family or plant a tree in memory of Bobby Ann Sanders, please visit our floral store.

You can still show your support by sending flowers directly to the family, or by planting a memorial tree in the memory of Bobby Ann Sanders
Share a memory
© 2022 Robbins Brothers Funeral Home. All Rights Reserved. Funeral Home website by CFS & TA | Terms of Use | Privacy Policy | Accessibility