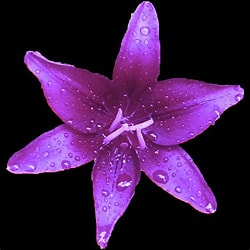 Anecia Noelle Triplett, 33, departed this life on Wednesday, July 20, 2022.  Anecia was born on Monday, July 3, 1989, at Mercy Memorial Hospital in St. Joseph, Michigan, and was the daughter of Anna Maria Brown.  Anecia accepted Christ as her Lord and Savior at an early age under the leadership of the late Reverend Emery Varrie, the Pastor of Pilgrim Rest Baptist Church.

Anecia was a great cook and she loved to barbecue and entertain her family and friends.  Anecia loved to make you laugh and was often described as having a dry humor that she inherited from her grandmother, Ollie Mae Brown.  Not to the surprise of the people who knew Anecia, she spoke out and was an activist for her community.  Even when the things she spoke about were not popular, she spoke on them anyway, she inherited that from her grandfather whose advice concerning politics was to watch and listen, simply put by the young people of Anecia’s generation   Stay Woke.”  Anecia, did just that and was unapologetically vocal when it became necessary.

Anecia was preceded in death by her Maternal Grandparents Buddy and Ollie Mae Brown, an Uncle Anthony Brown, and a Great Aunt, Rosetta Sanders.

In lieu of flowers, memorial contributions may be made at United Federal Credit Union.

To send flowers to the family or plant a tree in memory of Anecia Noelle Triplett, please visit our floral store.

A Memorial Tree was planted for Anecia